New emerging technologies such as artificial intelligence, big data, or blockchain technology have seen increased interest throughout many different sectors in recent years. Especially in the light of digitalization, the healthcare sector is one of the prime use cases for new technological innovation. In countries like Germany for example, where current the degree of digitalization is comparably low and the health-related expenses are high, much hope is placed into new emerging technologies and automatization. But despite every potential, increased digitalization, and the implementation of new technologies could provide, there are still limitations. Particularly from an ethical perspective, serious concerns and questions need to be considered. 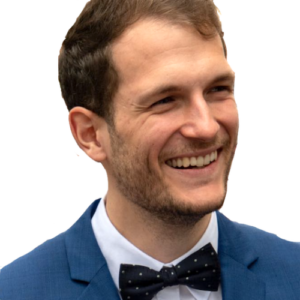 Lukas Vogel, based in Germany, is a medical doctor at a local hospital, Founding Member of the Global Blockchain Initiative, and Local Hub Lead for Germany.

He has been in the blockchain space for nearly 10 years and is familiar with basically every topic arising like Mining, Trading, ICOs, DEFI of NFTs. He is currently working on a beginners book for bitcoin and is passionate about educating people about bitcoin, blockchain, and cryptocurrencies. Interested in a digitalized future, he is focused on blockchain in the healthcare sector.

Lukas holds a Master’s degree in Blockchain Technologies, a Bachelor of Science in Biology, and is a licensed medical doctor. In addition, he is currently enrolled in a Ph.D. program and is soon to receive his doctorate in medicine.